close
Cart
Have more books?
Things to Do in Toronto This Labour Day Weekend Before School Begins
Author: Kailey Guillemin

What better way to spend Labour Day Weekend than partying with your friends before everyone goes their separate ways? That’s the thing – after Labour Day, life will be quite different. Everyone goes in different directions, whether it be staying in your hometown or heading across the country for university.

So, do you have something epic planned for this weekend?

Don’t worry. We have you covered. If you’re in the Toronto area for Labour Day, here are 10 things you and your friends should be doing.

Brewer’s Backyard: The Fruits of our Labour

Raise your hand if you’re looking for a free event. Brewer’s Backyard: The Fruits of our Labour is throwing an epic end of summer festival on September 3 at the Evergreen Brick Works. The day will be filled with a line-up of tasty breweries and accompanied by, of course, delicious food! The event runs from 11 am until 5 pm. The first hour is the “First Call” special with $5 beers, so head on down early.

Soca or Die! – Bad in BonBon

The name of this event is enough to draw in attention. Or maybe the fact it is put on by Grey Goose Vodka? Grab your tickets for a crazy summer-end pool party at Cabana Pool Bar on September 3. Tickets are $40.

Electric Island is a two-day concert event series strictly for adults (19+). There are two stages for both days that will keep you dancing the night away. Tickets range from $34.99 for one day to $179.99 for a VIP Pass. You’ll have access to food truck selections of all sorts, outdoor games and activities, and so much more.

Here’s another free event for you – the T.DOT Fest on September 2. Celebrate and enjoy urban music from across the city. The festival brings in over 30 artists in the urban and pop industry that are all local to Toronto.

It’s no surprise that the “end of summer” weekend would have tons of musical festivals. However, the Labour of Love might be the one you need to attend. On September 2, the famous Deadmau5 will be live at Rebel. The evening will also feature Monstergetdown and Manzone & Strong. Grab your friends and party the day away.

Looking for an event that doesn’t involve dancing and partying like crazy? How about the 69th annual Canadian International Air Show? Experience Canada’s largest and longest-running aviation display. US Air Force Thunderbirds roll through to open the show, and some of North America’s best aerial acrobatics jet teams will treat you to an epic show.

Looking to stuff your face with delicious food before you live off of Kraft Dinner and Ichiban in university? The Brampton Food Truck Festival is here to serve you some of the country’s best food truck food. It’s free to attend the festival, but you’ll be wanting to buy all the food you can afford. From September 1 to 2, make sure you’re wearing your stretchy pants.

Have you ever visited Jamaica before? Do not fret as Jamaica comes to Toronto on September 1 and 2. The two-day festival showcases the sounds and food of Jamaican culture. There will also be arts and crafts, as well as live national and international performers. After this weekend, you’ll be planning your Jamaica trip for right away.

Take in a show that will be one to remember, Fresh Fest – Encore. It will be the hottest Dancehall Reggae Concert as four of the most prominent artists in the industry are set to deliver the craziest shows for one night only. It’s a spectacle you will not want to miss.

Do you like ribs? Then cancel any plans you may already have and add Canada’s Largest Ribfest to the weekend itinerary. The festival features award-winning Ribbers from across North America. They compete against one another to see who has not just the “Best Ribs,” but for the “Best Sauce” and other titles. The free event also features live music, an artisan fair, and so much food! 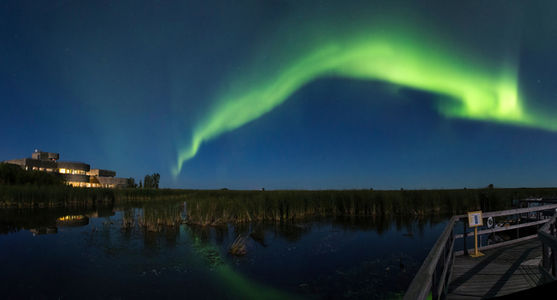